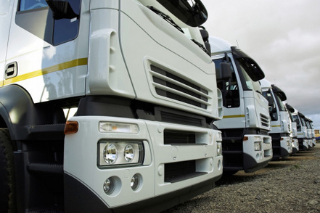 The Times has reported that trials will begin on the M6 in Cumbria later this year with convoys of 10 vehicles. The Chancellor is also expected to announce funding for the technology to cut congestion and improve fuel efficiency.

In response, AA president Edmund King told the BBC: “The problem with the UK motorway network is that we have more entrances and exits of our motorways than any other motorways in Europe or indeed the world, and therefore it's very difficult to have a 44 tonne 10-lorry platoon, because other vehicles need to get past the platoon to enter or exit the road.”

RAC chief engineer David Bizley added: “The RAC would in principle welcome this kind of development but it does raise a lot of questions in terms of how the technology can be adopted safely.

“On the one hand there are a number of significant benefits that are being forecast as a result of the introduction of driverless lorries, such as an average fuel reduction of around 10% and improved motorway capacity because the lorries in the group will be far closer to one another than in a normal driving situation. It should also add to safety on the roads as there’s less opportunity for human error.

“But one of the main questions is really whether lorry platoons are appropriate for our motorway network, which is why the choice of the M6 in Cumbria for the trials is a good one because the junctions are few and far between and the traffic density is low compared with most stretches of motorway.

“So while this is a potentially welcome extension to the driverless technology we are seeing trialled in cars, it’s not clear yet whether it is something that would work in practice on the UK’s motorway network.”