The Transport Committee is to speak to DVLA chief executive Julie Lennard in an evidence session on the current delays in processing licence applications. 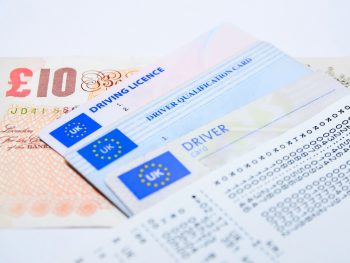 Due to both onsite social distancing requirements and industrial action by members of the Public and Commercial Services Union (PCS), the agency is said to be experiencing serious delays in turning around paper-based applications for driving licences and other key documents.

The Transport Committee evidence session, taking place on Wednesday 21 July at 9:30, will be attended by Julie Lennard as well as PCS general secretary Mark Serwotka and Department for Transport minister Baroness Vere.

The Committee will explore the difficulties facing the DVLA, including the backlog in processing paper applications for drivers’ licences and vehicle registrations submitted to the DVLA, and the steps the agency is taking to process the reported backlog.

Commenting on the delays in processign postal applications, a DVLA spokesperson said: “Our online services have not been impacted by the pandemic or industrial action and are running as normal and without delay.

“There are delays in processing paper applications due to ongoing industrial action and social distancing requirements, which means that we have fewer staff than usual on site at any one time.

“Paper applications are taking on average between six and 10 weeks to process but there may be longer delays for more complex transactions such as those that require medical investigations.”

The spokesperson added: “Once the driver has submitted their application, online or through the post, they may be able to continue to drive while we are processing it, provided they have not been told by their doctor or optician they should not drive.”

Commenting on the industrial action, the spokesperson continued: “It’s disappointing that the Public and Commercial Services Union is choosing to continue with industrial action and targeting services that will have the greatest negative impact on the public, including some of the more vulnerable people in society, just as restrictions are starting to ease.”

PCS announced yesterday (20 July 2021) that it had served notice of a further four weeks of targeted industrial action at the DVLA, with members in the drivers’ medical group set to walk out from 2 to 31 August.

A PCS spokesperson said: “Our action to date has had a huge impact on the backlogs at the DVLA and, in serving this strike notice, we are forcing the DVLA to consider whether they can sustain a month of targeted action in drivers’ medical. This dispute could have been easily resolved six weeks ago when a deal was withdrawn at the last minute and it’s time for Transport Secretary Grant Shapps and the agency to get back around the table and negotiate.”

The Transport Committee session will be available to watch online.