Toyota’s first-ever plug-in hybrid version of the RAV4 is to launch imminently, priced from £47,395 on the road. 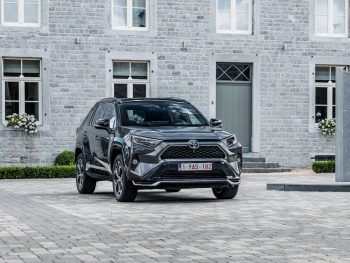 Revealed earlier this autumn and opening for orders on 4 January, it joins the standard petrol-electric hybrid as the brand’s new flagship model, featuring a more powerful electric motor and a larger battery to provide increased power and enhanced economy.

The result is a total output of 306hp, with a 0-62mph time of six seconds. It also provides an electric-only range of 46 miles, with official fuel consumption of 282mpg and 22g/km CO2 emissions, giving a 6% BiK rating.

The RAV4 plug-in hybrid will be offered in two grades: Dynamic and Dynamic Premium. The entry-level version is based on the standard hybrid’s Dynamic grade and features 19-inch machined-face alloy wheels, nine-inch multimedia touchscreen, access to connected services, heated front and rear seats and LED projector headlights. A 6.6kW cable for fast charging via a wallbox is also standard.

The RAV4 plug-in hybrid starts first deliveries from the second quarter of 2021. Further model and spec information will be announced prior to this.

Toyota has also announced pricing and initial specs for its Highlander Hybrid SUV, which makes its debut in the UK market from early 2021.