Toyota’s new RAV4 plug-in hybrid – the most powerful RAV4 yet – is to debut at the Los Angeles Auto Show next month ahead of its arrival next year. 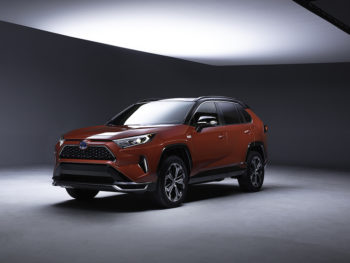 Joining the existing RAV4 Hybrid, the plug-in hybrid will arrive in 2020 following Toyota’s announcement last year that it would drop diesel from the range in line with its plans to axe diesels across its European line-up.

The plug-in version will be built on the same TNGA platform as the hybrid and, according to Toyota, will bring similar handling characteristics while benefiting from increased range from the larger battery and more power for better acceleration.

Previous: Today in Fleet – Friday 11 October
Next: Wheel of fortune: The future for UK automotive