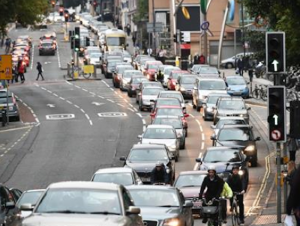 Five UK cities will introduce Clean Air Zones by 2019, including Birmingham and Leeds.

Clarity is urgently needed to identify which vehicles will be affected in each of the Clean Air Zones, the Freight Transport Association (FTA) has said following publication of the Government’s air quality plan.

In addition to the Ultra Low Emission Zone in London, five other cities (Birmingham, Derby, Leeds, Nottingham and Southampton) will have to introduce Clean Air Zones (CAZs) by 2019.

If vans are affected by CAZ, FTA argues that there will be little more than two and a half years’ worth of compliant vehicles in the fleet and no established second hand market. Furthermore, many businesses will now be locked into lease agreements which extend beyond the 2019 deadline and will be costly to get out of.

Elizabeth de Jong, FTA’s director of UK policy, commented: “For those whose businesses operate inside a zone, a period of grace, giving them extra time to comply, would provide much-needed breathing space. Our worst fear is that some may be forced out of business altogether if the plans are not properly thought through.” 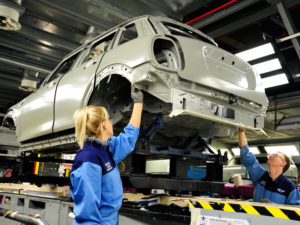 Associates checking the bodyshell of the five-door MINI at Plant Oxford.

UK car production fell by -13.7% in June, with 136,901 cars rolling off production lines, according to the latest industry report by the Society of Motor Manufacturers and Traders (SMMT).

This was the third consecutive month of decline, resulting in a -2.9% year-to-date dip in output. The performance is, however, still strong compared to other years.

Production for export continued to underpin volumes – the percentage of cars for export now stands at 78.9% – the highest for five years. Meanwhile, demand from the home market declined -9.5% to 182,830 units.

While the market is expected to pick up in the second half of the year, uncertintainty over Brexit deals makes forecasts unpredictable. FTA analysis suggests that failure to secure a deal – or, at the very least, an interim arrangement maintaining current trading conditions – could cause output to fall in 2019.

Mike Hawes, SMMT Chief Executive, commented: “The government has been in “listening” mode [over Brexit talks] but now it must put on the table the concrete plans that will assure the future competitiveness of the sector. Investors need certainty so, at the very least, the UK must seek an interim deal which maintains single market and customs union membership until we have in place the complex new agreement sought with the EU.” 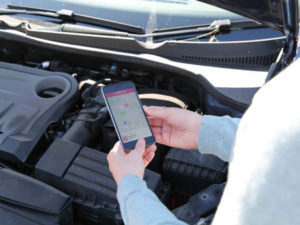 Users request assistance through the website or via the free RESQYOU app. Assistance options include help for punctures and flat batteries, to misfuelling and towing, and users can track in real-time the journey and estimated time of arrival of their technician.

“The traditional motoring club model alone simply does not offer the financial flexibility many consumers are demanding today,” said Kate Walker, head of strategic market management for Allianz Worldwide Partners in the UK.

“What’s more, a wide and growing range of services are available at the tap of an app; in fact, that is how many people expect to make purchase decisions now. RESQYOU responds to this shift, bringing tech savvy motorists the choice, control and convenience they expect in today’s market.”

Assistance ranges from £79.99 for a minor call out, to £249.99 for a more serious issue, such as flushing and cleaning of tank and pipes.

The RESQYOU app is available from the Apple Store and Google Play: www.resqyou.co.uk 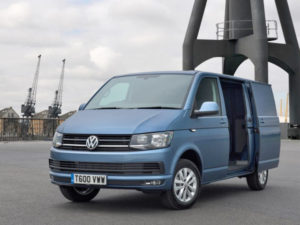 The 2.0-litre turbocharged petrol engines will be available across the Transporter range.

Volkswagen has introduced two 2.0-litre turbocharged petrol engines, available across the Transporter range, claiming low-mileage operators could be better off not running a dieel.

Producing 148bhp and 201bhp respectively, the latter also offered with a seven-speed DSG and four-wheel drive, the engines are available in California, Caravelle Executive, window van, shuttle, motor home, kombi and panel van bodystyles. There is around a £1,000 price difference, depending on variant.

Head of marketing, Sarah Cox, commented: “The van market is currently dominated by diesel, but we know that customers are aware of changes to legislation and looking at other available options. They’re scanning the market for guidance on what will be right for their fleets not just today or tomorrow, but in three or five years’ time.