Stewart Lightbody to join ACFO board as Phil Redman retires

Stewart Lightbody, head of fleet services at Anglian Water, is to be co-opted to the board of ACFO following the decision of Phil Redman to retire at the end of 2018. 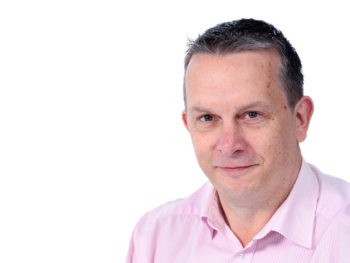 Lightbody, who currently runs a fleet of 700 company cars, 1,800 LCVS and 180 heavier commercial vehicles, is being co-opted on to the board ahead of standing for election at ACFO’s 2019 AGM next summer.

He brings 25 years’ motor industry experience, including 18 years in fleet; prior to joining Anglian Water in January 2014, he had fleet roles at Kier Construction and Siemens.

Lightbody, who joined ACFO two years ago, said he’s looking to increase fleet decision-maker participation and engagement with the organisation.

He explained: “Throughout my career I have tried to make a difference and inspire people to move forward and look at issues in a new way.

“I hope that I can apply that same methodology by joining the ACFO board and introducing new ideas and thinking and help to shape the organisation’s future. I am very keen on engagement and increasing participation and I want to convince other fleet decision-makers that ACFO is the right organisation for them to join and that by doing so they will be taking the fleet industry forward.”

Commenting on the moves, chairman John Pryor said: “Nationally, there are too few fleet managers with Phil’s experience, knowledge and understanding of the industry, but in co-opting Stewart on to the board we have recruited someone who, critically, is a forward-thinking fleet decision-maker who can bring new ideas and thinking to ACFO from his years of hands-on experience in running major fleets. I’m delighted that Stewart is bringing his knowledge and expertise to the ACFO board.”

He added: “Phil has been unstinting in his dedication and support for and to ACFO over many years and the recent changes we have been making to keep ACFO relevant in a rapidly developing and complex fleet sector. I thank him on behalf of myself, the board and the wider membership for his work on behalf of ACFO.”

Redman has been an ACFO director for 10 years and was re-elected to the board last year. Prior to launching his own consultancy business, PR Fleet Management, he was the multi award-winning fleet manager of IBM in the UK and Ireland, a role he successfully held for more than 20 years. He also served as secretary, vice-chairman and chairman of ACFO Southern Region.

Explaining his rationale for standing down, Redman, who joined ACFO in the mid-1990s, said: “I no longer run a fleet on a day-to-day basis and I have looked on as the role of the fleet manager becomes ever more complex. When out of the mainstream it is even more challenging to remain abreast of all the current issues and I felt it was time to allow a younger and more hands on fleet manager to represent the membership on the ACFO board. Additionally, as a grandfather I want to spend more time with my family.”

More than a year ago ACFO restructured in the UK and it has continued to evolve by joining the Global Fleet Consortium Network with plans to also join the recently-formed European Fleet and Mobility Association.

Redman added: “I wish ACFO many more years of success. ACFO must continue to be the conduit to deliver strong fleet operator representation to government as that has never been more important than it is today.

“But it is also vital that ACFO continues its strategy of expansion internationally through the new Global and European organisations than have been launched. Globalisation is a corporate trend and it is important that fleet decision-makers are equipped with the right skills and have access to the advice and information required that enables them to operate across countries; ACFO can assist in that development.”