Skoda has added a flagship Laurin & Klement trim level to the Kodiaq SUV, priced from £35,945. 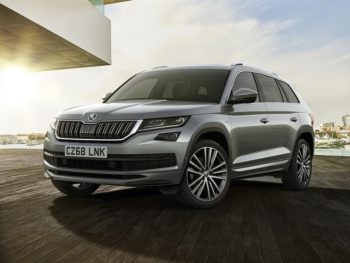 Named after the company’s founders, Václav Laurin and Václav Klement, the range-topping version includes 19-inch wheels, embossed leather seats, piano black trim, ambient lighting and a panoramic sunroof. It adds £2,550 to the pricing of the Edition trim, but £3,000 of extra equipment.

L&K versions are offered with the most powerful engines in the line-up; a 2.0-litre TDI with either 148bhp or 188bhp, and a 188bhp 2.0-litre TSI petrol. All include four-wheel drive and a DSG transmission, though the lower-powered diesel can be equipped with a six-speed manual.