Škoda has expanded the line-up for its fleet-focused Scala SE Technology model with extra engine and gearbox options. 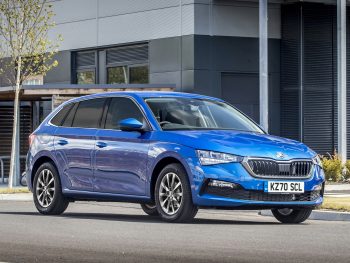 Developed specifically for fleets and company drivers, the SE Technology trim is already seen in the Scala, Karoq, Octavia and Superb model line-ups and was added to the Scala range this summer, initially with a 150hp 1.5-litre TSI petrol with either a six-speed manual or seven-speed DSG automatic.

It’s now also available with a 95 or 110hp 1.0 TSI three-cylinder petrol, both with six-speed manual while the higher-powered engine is offered with the option of a seven-speed DSG. In total, the SE Technology trim can now be specified with five different petrol engine and gearbox combinations.

Available to order now with a P11D from £18,625, the Scala SE Technology sits above the SE grade. It costs just £400 more than the equivalent SE models but adds in 16-inch alloy wheels, chrome window surrounds and rear LED lights with dynamic indicators.

The interior gets an upgraded design along with an infotainment uplift in the form of Škoda’s Amundsen satellite navigation system with 9.2-inch glass colour touchscreen, featuring web radio, traffic sign recognition and a one-year subscription for Care Connect and Infotainment online. Front and rear parking sensors are also standard.