Honda is set to announce its Swindon plant will close in 2022, according to a source close to Honda speaking to Sky News. 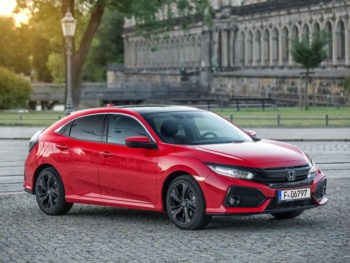 The news follows the announcement last week to cut around 500 temporary jobs at Swindon, where the company currently builds around 100,000 Honda Civic cars each year, as well as diesel engines for other products. Honda employs around 3,500 people at the factory.

Sky News’ source suggested that the UK would, however, remain Honda’s headquarters in Europe with offices in Bracknell, Berkshire in addition to Formula One operations.

Brexit is understood to be a major factor in the decision, with the manufacturer concerned by the possible imposition of new tariffs once the UK has left the EU.

Last week’s news of temporary job cuts was not blamed on Brexit, but hint towards diminishing forecasts with a spokesperson stating that, “As a result of the reduction in production volumes, we have reviewed our resource requirements for the remainder of this financial year, and the following year, and confirmed the end dates of some employees on Fixed Term Contracts. This reduction in volume will not have any impact on our permanent resource levels, and is in line with our current production plans.”

The news follows other carmakers including Nissan and Ford with manufacturing facilities in the UK, in reducing or removing production capacity from the UK, with most blaming a no-deal Brexit as a prime factor in business decisions.

Sky News added that an official announcement may be made to ministers as soon as tomorrow, Tuesday 19 February 2019.