Scrappage scheme for diesel cars could launch within months

The Government is looking at introducing a scrappage scheme for diesel cars, which could launch within months if given the green light. 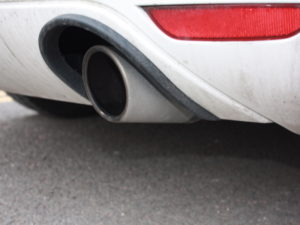 The diesel scrappage scheme could focus on geographical areas around the country where pollution is worst.

According to the Telegraph, officials in the Department for Transport and Defra are working on a scheme that would offer cashback or a discount on low-emission cars for drivers trading in their old polluting vehicles. The scheme could focus on geographical areas around the country where pollution is worst.

The Telegraph added that a government source confirmed that talks had taken place with the Treasury, which would finance the plan.

Transport Secretary Chris Grayling told the House of Commons: “We have to find the right way to migrate the nature of the cars on our roads and the vehicles on our roads to a point where they cause much less of a pollution problem than they do at the moment.”

Last month saw Mayor of London Sadiq Khan reiterate his calls for a scrappage scheme as he issued an air quality alert in London.

Yet analysis by the RAC Foundation has found that encouraging fleet and retail buyers to move to electric vehicles would be a more cost-effective way to improve air quality than a scrappage scheme. The research, published a year ago, suggested that a scrappage scheme would be unlikely to have a significant impact on air quality unless it was run on a much larger scale.