ScottishPower is using Trakm8’s dashboard cameras across its car and commercial vehicle fleet after seeing impressive results from the company’s telematics solution. 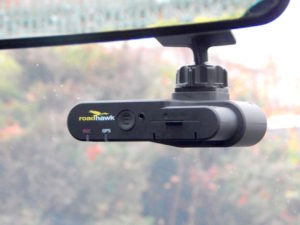 ScottishPower is installing Trakm8’s RoadHawk DC-2 forward-facing camera throughout its new fleet as part of its vehicle replacement scheme.

In a move to further drive safety, the firm is installing Trakm8’s RoadHawk DC-2 forward-facing camera throughout its new fleet as part of its vehicle replacement scheme.

It also features an inbuilt G-force sensor that means the camera automatically saves clips to a separate ‘event’ folder when it detects a sudden jolt or impact, ensuring that important footage isn’t overwritten or lost in the event of an accident. ‘Event’ files can also be created when a driver presses a button on the camera for saving incidents on the road that don’t necessarily involve an impact.

Marc Currie, contracts manager at ScottishPower, said: “Choosing Trakm8 as our camera supplier was an easy decision after the company demonstrated such a positive set of results in our first annual telematics review. Driver safety remains at the forefront of our actions and we believe installing cameras in our new vehicles will further improve the safety of our drivers.”