Plans by the Prime Minister to invest a possible £20bn building a Scotland-Northern Ireland bridge have been branded as a “vanity project” by the Scottish Transport Secretary Michael Matheson, who says the money could be better spent elsewhere. 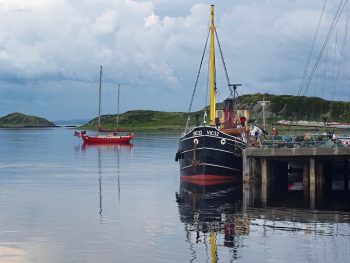 Two potential routes for a Scotland-NI bridge have been suggested: from the picturesque fishing village of Portpatrick to Larne or from the Mull of Kintyre to the Antrim coast

Recent weeks have seen Boris Johnson reveal that he’s asked UK officials to look into the feasibility of such a bridge – increasingly being dubbed the ‘Boris Bridge’ – with two potential routes having been identified.

According to reports, Boris Johnson has said the bridge is a “very interesting idea” while Ireland’s premier Leo Varadkar expressed that it was “worth examining”.

But a letter this week from Michael Matheson to his Northern Ireland counterpart Nichola Mallon and Secretary of State for Transport Grant Shapps has seen him express concerns to hear the announcement, without any prior discussion, given that transport is devolved to both Scotland and Northern Ireland.

Matheson also said any infrastructure investment should be focused on projects that will improve lives, boost the economy and connectivity, support communities and work to reduce greenhouse gas emissions to net zero.

He added: “I strongly believe that if £20bn is available for investment in infrastructure in Scotland and Northern Ireland that rather than indulging the Prime Minister with this vanity project, such funding should be made available to our respective governments so it could be better spent on meeting the priorities of the people we represent.

“I therefore request immediate discussions with your officials on releasing to us the £20bn of funding you have identified so it can be invested in the priorities of Northern Ireland and Scotland.”