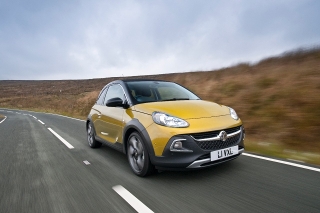 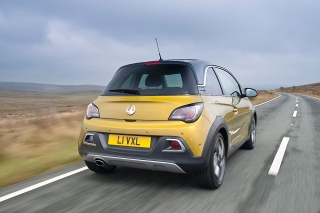 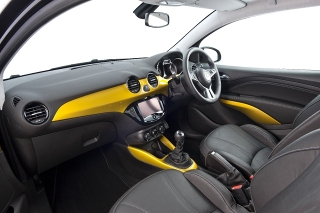 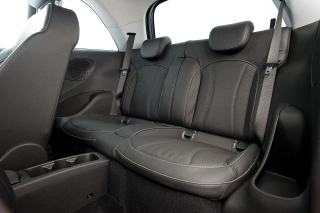 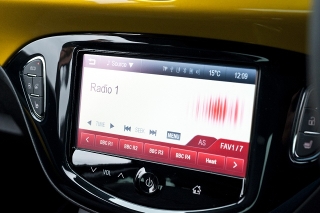 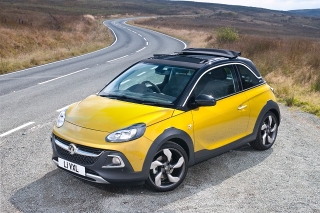 It would be hard to level a complaint at Vauxhall for not catering for the myriad tastes of its buying public at the launch of the Adam. But, with the sporty Grand Slam and crossover-inspired Rocks now part of the range, it’s even easier to make the upmarket city car unique.

The biggest ‘rocks’ the latter is likely to encounter are the square sort that line pavements, but it certainly looks the part. As per the recipe set out by Audi’s Allroad products and, more recently, the Insignia Country Tourer, the Adam Rocks is marked out by protective plastic cladding and thicker front bumpers, and sits 15mm higher than the rest of the range.

Engine options are shared between the two, which means there’s a choice of Vauxhall’s familiar 1.2 and 1.4-litre petrols and the 1.0-litre three-cylinder. It’s a slightly skewed line-up because the most powerful version – the 1.0 Turbo produces 113bhp – is more efficient than the 87bhp 1.4-litre and almost as economical as the entry-level unit.

But it’s the engine the Adam always needed, and the best fit of the three. Its wide power band and lively performance, combined with a faint three-cylinder growl under load and the snappy new six-speed gearbox, makes this easily the best version to drive and – with a little restraint – it can return over 50mpg while cruising. The sacrifice is it’s also the most expensive, by a margin of over £1,600.

Otherwise, this builds on the Adam’s strengths. Soft-touch materials and accents of colour stop the interior feeling cheap or drab, and the sports seats are very comfortable too. Air versions also get a retractable fabric roof, similar to the DS 3 Cabrio and Fiat 500C, but which stops just short of the tailgate. It opens at up to 85mph and is so well insulated that it’s almost unnoticeable when it’s closed.

That level of quality is just as well, because the Adam Rocks isn’t a cheap car. Metal-roofed versions start at £13,995 and the fabric roof of the Adam Rocks Air adds £1,000. Factor that new engine into the equation and it’s a £16,995, before you add essentials such as the IntelliLink infotainment system, rear parking sensors or metallic paint.

It’s not difficult to reach £20,000 without dipping too far into Vauxhall’s extensive list of exterior colour accents, alloy wheels and other upgrades. As much as the Adam feels a cut above the Corsa, that’s a high price tag for a car which has cramped rear cabin space, boot volumes and ride quality comparable with a city car and CO2 emissions a long way over 100g/km. Many of its rivals are now in double digits.

So while Vauxhall has done a convincing job of offering a different ownership experience with the Adam, and the Rocks builds on that feeling of being bespoke, it’s also pushing into premium brand territory with pricing. It’s not difficult to make this your own – but it’ll cost you.

The Adam Rocks looks and feels like a chic premium city car, but the pick of the range is an expensive option. A de-tuned version of this car’s engine – as used in the Corsa – would make an ideal replacement for the 1.4-litre unit, especially at around 100g/km, and broaden its appeal against the Fiat 500.