The risk of a fatal accident goes up fivefold at night, due to poor weather and limited visibility. 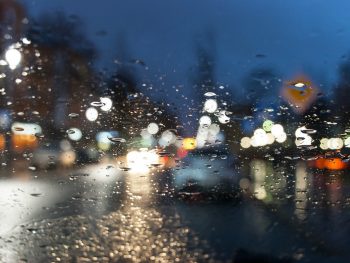 The research, carried out by DS Automobiles based on Department for Transport data, found night-time accidents account for 40% of all fatalities, despite journeys between 7pm and 7am accounting for just one fifth of total traffic volume in the UK.

The brand analysed the rate of fatal accidents in 2019 against the DfT traffic flow index to calculate the risk of a fatal accident against hourly traffic volumes in the UK, highlighting the danger of night driving on UK roads during darker months.

The research has been published following the clock change to showcase the DS range of technologies; including its Active LED Vision headlights, which adapts to suit road conditions and vehicle speed, and the Night Vision tech, which provides enhanced visibility, thanks to an infrared camera positioned in the grille.

SEAT has also published its own research showing that nearly a third (29%) of UK motorists get nervous when driving in the dark. The survey of 2,000 motorists also revealed that 31% of drivers actively avoid driving in the dark if possible. To help drivers, SEAT’s latest LED lighting technology provides almost double the luminosity of standard LEDs and most SEAT vehicles also benefit from auto-dipping headlight technology.

It’s not just DS Automobiles warning about the dangers of night-time driving in autumn and winter though, and a number of road safety organisations are urging the Government to scrap the annual October clock change to reduce the risks.

This includes IAM RoadSmart, which says that 80 lives a year could be saved in this way, reducing the number of people killed on our roads by 4.5% and saving the economy £160m, based on previous Government estimates.

The charity believes that moving to a permanent daylight-saving system would significantly improve road safety, especially for vulnerable road users such as children, pedestrians and cyclists.

“Every year there are unnecessary victims of road collisions throughout the winter months during commutes to work or school which could easily be avoided if the Government scrapped the process of changing the clocks,” said Neil Greig, policy and research director at IAM RoadSmart.

“Stopping the change of clocks would be easy to implement and, without question, would save lives – there are no good road safety reasons why this isn’t happening. The UK should at least set up a two-year trial to prove the benefits once and for all.”

Indeed, in November and December 2019, the number of pedestrian and cyclist deaths and injuries rose by 344 (from 6,787 to 7,131, representing a 5% increase) compared with the two months prior to the clock change.

In 1968, the UK Government carried out an experiment to use British Summer Time for three years solidly, which led to a reduction of nearly 12% in road casualties in England and Wales. And existing figures prove that casualty rates rise between 3pm and 7pm as the days shorten.

IAM RoadSmart recommended earlier this year that to allow extra daylight in the afternoons, the Government should not put the clocks back this winter, but still move one hour ahead next March – and then go back one hour in October 2021 – a so-called ‘double British summer time’.

Greig added: “Road safety is now about small incremental gains from a number of policy changes and daylight saving could play its part in helping break the current flatlining in road deaths we are seeing in this country.”

RoSPA is also calling for the clock change to be axed, not just due to the major road safety benefits, but also – rather persuasively – so that consumers could enjoy extra evening daylight to support businesses hit hard by the pandemic; something it’s labelled as “stay out to help out”.

The safety charity says that ending the clock change would lead to a short but valuable amount of extra usable evening daylight through the winter months, encouraging people to head out for longer in the evenings after work or school.

Chief executive Errol Taylor said: “We believe that by taking this pioneering approach – which is low-cost and easy to implement – the chancellor could provide extra, much-needed income for those businesses that are struggling to survive due to Covid.”