Renault sees potential for its forthcoming hybrid and plug-in hybrid technology as a way to differentiate its products and support growth in retail and ‘true fleet’ sales, according to managing director for UK and Ireland, Vincent Tourette. 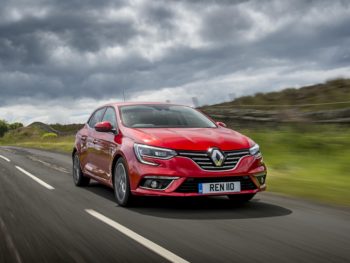 Developed in-house, the E-Tech hybrid system will debut with the Clio next year, before being equipped with a mains charger and larger-capacity battery, for use in the Mégane and Captur. The system essentially uses an electric motor to replace first and second gear, so all high-load, off-the-mark driving is done on battery power, and the motor then has a second, high-speed gear to assist the 1.6-litre petrol engine on the motorway.

Tourette said it was too early to indicate pricing, adding that the Clio hybrid will be marketed and positioned based on its whole-life cost proposition rather than an outright price. Renault sees it as an important newcomer, he said with a sales share that “will not be marginal” – the Toyota Yaris Hybrid, which will be its closest competitor, outsells petrol versions in the UK.

Electrification is part of ongoing plans to bolster the fifth-generation Clio’s sales, building on two years of improving volumes for the outgoing car and launching alongside the new longer-range Zoe electric vehicle. However, it will be additional rather than supplementary; Renault will offer the 1.5-litre, 85hp diesel engine from launch, now equipped with a six-speed gearbox to improve motorway economy for the long-distance drivers most likely to opt for it.

Diesel currently accounts for 7% of total UK Clio sales, almost all of which are to business users, and Tourette expects recent decline in demand for the fuel will plateau. “Particularly in fleet [diesel is] well adapted to the usage of many customers, so that’s why we keep the engine in the range. Around 10% [of overall Clio sales] would be a trend, without forcing anything or going against the trend towards petrol and electrification,” he said.

Plug-ins are also seen as an opportunity. Renault has secured plentiful stock of the outgoing and new Zoe, and plug-in hybrid versions of the Captur (which outsells the Clio in the UK) and the Mégane will launch next year. For the latter, where it could be introduced as part of a mid-cycle update, Tourette says electrification is an opportunity to stand out in a crowded segment.

“I see a future for [the Mégane] with a more targeted approach,” he said. “We need to differentiate more than we do today, as we don’t have the history or awareness to take a big share of that segment, but we have more ambition for Mégane in the future. [The plug-in hybrid] could be an interesting proposal and it would bring the differentiation that we don’t have today.”

Previous: VisionTrack supports business growth and product development with new roles
Next: Prices and specs revealed for 2019 Škoda Superb ahead of PHEV arrival