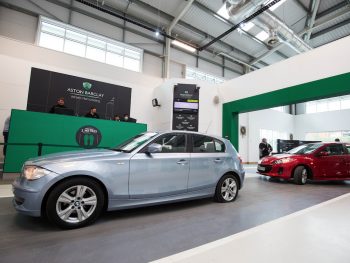 Aston Barclay said the record used prices come as demand continues to exceed supply, exacerbated by the manufacturer semiconductor production challenges, which are putting additional pressure on the used market.

And with talk of it being Q1 2022 before production starts to fully recover, this market position is likely to remain in place for many more months to come.

Large order books are being reported by all the leasing companies and manufacturers and many business and personal contracts are being extended for six to 12 months to manage the restricted new car supply.

“In over three decades of working in the remarketing sector I’ve never seen used car prices rise so dramatically in a three-month period. Many dealers are desperately short of stock which is compromising their businesses, but there is no change on the horizon,” said Martin Potter, Aston Barclay’s MD – customer.

Aston Barclay data also shows that used hybrid car prices have become an integral part of the used car industry hierarchy and are typically in line with average fleet age and price of 40 months and £13,000.

But it reported that used EVs continue to find their feet, arriving at auction on average at just 12 months old and at an average price of £28,000, which has hampered demand.

“The majority of new cars being delivered into late 2021 and 2022 will be EVs so it will be interesting to see how demand from consumers for used zero-emission cars shapes up over the coming 12 months,” Potter added.