The Range Rover has been updated with a new 400hp 3.0-litre Ingenium petrol engine with  mild hybrid technology. 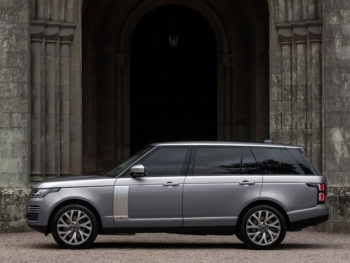 Part of Jaguar Land Rover’s plans to ensure it offers an electrified option on all new models from 2020, the Mild Hybrid Electric Vehicle (MHEV) powertrain features a 48-volt mild hybrid system that reduces CO2 emissions and the work load on the engine.

The 3.0-litre in-line six-cylinder features an electric supercharger and a twin-scroll turbocharger that, alongside Continuous Variable Valve Lift, boosts power. It’s paired with an electric motor that can harvest energy through deceleration and store it in a 48V battery. This energy can then be re-deployed through torque-assist.