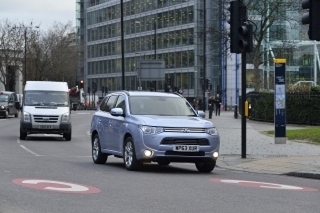 Intended to reduce most harmful vehicle exhaust pollutants by more than half, the Ultra Low Emission Zone in central London will require vehicles travelling in central London to meet new emission standards 24 hours a day, seven days a week or pay a daily charge from 2020.

In response RAC chief engineer David Bizley said: "Overall, we believe that TfL's proposals for establishing an Ultra Low Emission Zone from 2020 are appropriate and balance the need to reduce nitrogen dioxide emissions with the associated impact on individuals and businesses.

"However, we think it is wrong to penalise motorists and businesses who may have bought small fuel-efficient diesel cars since 2006 in the belief that they were making the right environmental choice at the time due to their vehicle's low carbon dioxide emissions.

"Since then evidence has come to light that the previous generation of diesel emission standards (Euro 4 and 5) that applied to these post-2006 vehicles have not delivered all of the reduction in emissions of nitrogen dioxide and have not been as great as forecast because the internationally agreed tests that the vehicles have to pass have not adequately reflected real world driving.

"The blame for this lies squarely on the shoulders of the scientists, engineers and officials responsible for the Euro standards and not the purchasers of Euro 4 and 5 diesel vehicles, who have bought these in good faith."