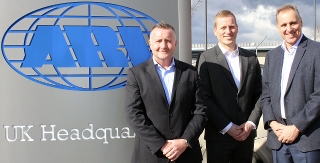 Cranny will leave his role as operations director at LeasePlan at the end of May to take on the same title role at ARI, where he will work closely with managing director Keith Allen and sales director Jason Chamberlain.

In his new role he will lead the operational teams, overseeing the continued rollout of ARI’s services and products supported by the company’s continued significant investment in technology.

Cranny brings 20 years’ experience in leasing and fleet management, having started his career at Dial Contracts, which was later acquired by LeasePlan. During his tenure he has managed accident management, maintenance, supply chain and customer services. As Operations Director of LeasePlan over the last five years, Matt has played a key role in customer retention and product evolution and, with responsibility for an overall fleet of 140,000, led initiatives which generated additional revenue, improved customer satisfaction ratings and increased employee engagement.

Commenting on the appointment, Keith Allen said: “Appointing an individual of Matt’s calibre and experience underlines our continued investment in the UK business to make ARI the provider of choice for fleet management. We are excited to bring Matt on board and look forward to further developing our operational capabilities under his leadership.”

LeasePlan UK managing director, Matt Dyer also commented on the news saying: “We would like to thank Matt for his major contribution to LeasePlan and wish him continued success in the future.  Matt has been a big part of LeasePlan UK for the last fourteen years.”

LeasePlan added that Cranny’s successor will be announced separately.