By Julian Kirk / 3 years ago / Latest News / No Comments

The combined PSA-Opel group will benefit from a ‘step-change’ in vehicle development thanks to its new scale, according to industry experts. 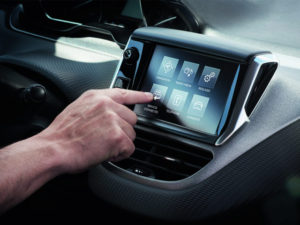 The combined business will be able to focus on faster integration of new technologies.

The combined business, which will take the number two sales spot across Europe with around 2.9 million registrations annually and a predicted 17% market share, will be able to focus on much faster integration of new technologies – both in terms of powertrains and also vehicle connectivity.

Matt Freeman, managing consultant at CAP HPI Consulting, said: “With a deal of this size there will undoubtedly be challenges. However, the real potential benefits of this deal will come from the longer-term consolidation of the two businesses. While efficiencies will be found from the better use of plant capacity to a consolidation of the supplier base, it will be the integration of model development programmes around common component sets that drives real change.

“The greater scale the combined PSA-Opel will have for technology investment will see a step-change in vehicle development, which requires not only investment in new powertrain technology, but also the development of a wind-down strategy for internal combustion engines.

“Better scale will also create a better negotiating position when dealing with technology providers such as Apple and Microsoft. Some questions remain… Will a combined PSA-Opel pursue a global strategy or be Europe-focused? Apart from DS, there is no premium brand in the combined group and with the European market increasingly dominated by premium brands, how will PSA-Opel deal with this?”

Rupert Pontin, director of valuations at Glass’s, agrees: “There will be greater opportunities for development of new technology and the group savings will enhance profitability at the same time as producing some new and exciting products going forward. It is still early days but an interesting position that needs to be watched with interest.”

While PSA chairman Carlos Tavares has only offered broad brush guidance so far in terms of his plans for the new group, industry analysts foresee a quick push to platform sharing among the group’s five brands – Citroen, DS, Peugeot, Opel and Vauxhall. This will help deliver on Tavares’ stated goal of achieving cost-saving synergies of €1.7bn by 2026 – of which a significant part is expected to be delivered by 2020.

Although a timeline has yet to be set for the transition, automotive industry analysts IHS Markit anticipate that the B segment (superminis) will be an important area of integration that will be brought on to PSA’s upcoming CMP platform.

The firm’s principal auto analyst Ian Fletcher said: “A move on to this platform by Opel’s sub-compact models could come before the end of 2019, not only to gain synergies but also because of the incoming Euro 6d regulations (overseeing the shift to the new WLTP and RDE testing mechanisms), and to avoid the expensive redevelopment of the ageing Corsa and others. Overall, we see more than 80% production synergies taking place with B-segment models on this architecture. Nevertheless, the timing of development and introduction in this timeframe would be exceptionally tight. However, the relationships built up between the two companies in earlier product joint ventures could well help meet this target.”

And IHS sees a high degree of synergy for vehicles in other segments. The next phase could come within the C segment (lower-medium) by moving Opel’s compact vehicles on to EMP2 from 2021 when the current-generation Astra is replaced.

Fletcher added: “This would see a further 1.5 million units rolled into PSA’s currently forecast three million units for the lifecycle of this generation of vehicle. Even further into the future, the pair’s D-segment (upper-medium) models are also likely to be combined, although given the recent unveiling of the Vauxhall/Opel Insignia Grand Sport and the impending introduction of the second-generation Peugeot 508, this seems unlikely to take place before 2024. Vehicles in these segments could yield synergies of more than 60%, we believe.”

Separately, GM and PSA were co-operating on the fast-track development of SUVs and crossovers before the sale was confirmed – the first results of this co-operation are the Peugeot 3008 and Vauxhall Grandland X twins.

But while the enlarged group will be able to make cost savings, IHS warns over the new group’s exposure in Europe. Fletcher added: “This growth in scale would bring it hugely increased exposure compared with some of its rivals. The combined entity’s dependency on Europe would rise to 74% of global sales from the already high level of 66%, almost double that of the VW Group (38%) and even more than the Renault Group (54%). Although PSA is already taking steps to grow outside Europe through a number of endeavours, it is not clear whether or how the Opel brand will be involved in this push particularly given the potential clashes between vehicles using the same intellectual property.