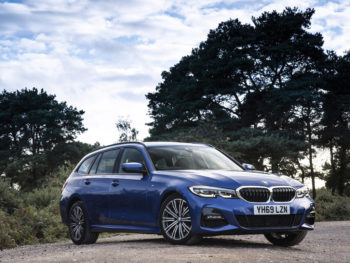 Priced from £35,505 OTR rising to £50,055 for the range-topping 374hp M340i xDrive, the sixth-generation estate is longer, taller and wider than its predecessor, leading to more space in the front and rear, while the 500-litre boot – five litres larger than before – is wider with a slightly lower loading sill and offers a maximum capacity of 1,500 litres.

The UK also gets an exclusive M Sport Plus Edition from launch, available with various engines and including all the features from the M Sport Plus package along with bespoke exterior detailing.

The 320d Touring and 318d Touring models are married up to the latest-generation six-speed manual gearbox as standard, with the most recent version of the eight-speed Steptronic transmission available as an option and standard on the other model variants. Emissions start at 114g/km for the 318d, rising to 170g/km for the M340i xDrive.