True Fleet recorded its first positive numbers in 13 months with a 6.3% rise, according to latest Dataforce figures. 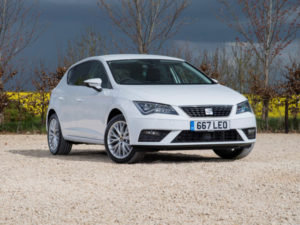 Nonetheless, Dataforce comments that time will tell whether this overall rise indicates a trend or whether it is more a reflection of a particularly bad April 2017.

SUVs continue to be the fastest growing segment: 96 different models registered at least one sale in true fleet for April. A further 19 new SUV models were yet to accrue any registrations in April 2017.

The Mitsubishi Eclipse Cross, the Peugeot 5008 and the Seat Arona were all released late in 2017 but have now all managed to accumulate four-digit numbers in fleet registrations added Gabriel Juhas from Dataforce.

Ford and Vauxhall led the true fleet top ten, followed by Mercedes-Benz, Volkswagen and Audi. Nissan came sixth with a growth of 33.0%, with BMW and Hyundai taking 7th and 8th place. Seat secured the highest growth in the true fleet top ten for April, with a 49.6% rise, ending in 9th place with Peugeot rounding out the top ten.

Peter McDonald, head of business sales at Seat UK, said: “These latest results show that last year was no flash in the pan – Seat has become a real contender for fleets across the UK by offering service levels and vehicles which really hit the mark.

“Programmes include the four-day test drive scheme [that has resonated] well with fleet decision-makers.”

Previous: ‘Mild Hybrid’ Kia Sportage due later this year
Next: Speed Awareness more effective than fines, but only just