Speed Awareness more effective than fines, but only just

Drivers taking part in the National Speed Awareness Course (NSAC) are less likely to be caught speeding within three years than those who take penalty points and a fine, new research has shown, but the effects of both may only be temporary. 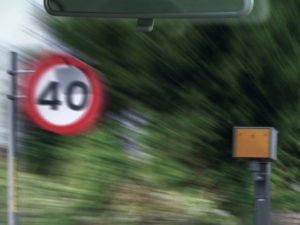 Speeding is still one of the most common motoring convictions.

The study, commissioned by the Department for Transport and carried out by Ipsos Mori, examined data from 13 police forces, comprising 2.2 million drivers caught speeding between 2012 and 2017. Of those drivers, 1.4m undertook the NSAC, while 192,000 refused the course.

Comparing the two groups showed the course was effective at cutting reoffending rates, but only slightly. Of those who took part, 13.4% (196,000) were caught speeding within three years of participating, compared to 15.5% (30,000) of the non-participants.

However, over time, both groups were more likely to reoffend; 5% of course participants had been caught again within six months, compared to 7% for those who took penalty points and a fine. After three years, 21% of NSAC-educated drivers had been caught reoffending, compared to 23% of non-participants. While those who had undertaken a course were consistently less likely to be caught speeding again, the margin is narrow.

The report was welcomed by the Association of British Drivers, which has long argued that the NSAC has no real-world benefit beyond raising money. In its blog, the association said: “We suggest speed awareness courses should cease to be a money making industry for ex-police and road safety officers and should only be offered to people who are actually convicted of speeding offences. Otherwise they are just a way to bribe the police to look the other way when an offence is committed – a waiver of prosecution as they call it. That’s corruption and a perversion of justice.”

The data shows most drivers (61%) were caught travelling between 35mph and 40mph, implying they were caught in urban 30-40mph zones, while 54% were between 6mph and 8mph over the speed limit.  Speeding continues to be one of the most common motoring convictions in the UK.