Kia will launch an updated Sportage SUV in the second half of 2018, debuting its first mild-hybrid diesel drivetrain ahead of the roll-out in other models next year. 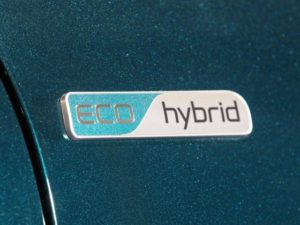 Kia already has hybrid, electric and plug-in hybrid models on sale in the UK.

The technology includes a compact 48-volt battery under the boot floor, charged using energy recuperated through a motor-generator connected to the engine’s crankshaft. It means the engine can switch off earlier and for longer, even while the car is moving, and lean on a 13bhp power boost from the motor while accelerating, both of which reduce fuel consumption.

Kia said this is significantly cheaper than full hybrid drivetrains, and small enough to be be integrated into existing vehicles and drivetrains. The Sportage will get it later this year, followed by the new Ceed line-up and numerous other unnamed models in 2019.

It marks a further step forwards for the company’s electrification plans, with five new full hybrids, five plug-in hybrids, five battery electric vehicles and a fuel cell vehicle due to launch before 2025.