Convicted drink drivers are to receive drug driving education too as research finds a fifth of convicted drug drivers had previously been banned for drink driving. 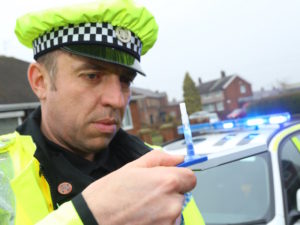 The Department for Transport’s pilot scheme will add drug driving education to the existing rehabilitation courses in England and Wales for people convicted of driving while over the alcohol limit.

Andrew Jones, Road Safety Minister, said: “We have some of the safest roads in the world and have introduced tougher penalties for drink and drug driving to make them even safer.

“Getting behind the wheel while under the influence of drugs can have catastrophic results, for drivers and passengers and can ruin families’ lives.

“Educating offenders of the dangers of drug driving will help prevent it in the future.”

Following the introduction of a new rules around drug driving and easier testing in March 2015, around 7,000 drivers have been banned compared to 879 in 2014.

Rob Manfield, outgoing chairman of the Association of Drink Drive Approved Providers of Training, added: “We know that some drink drivers also use drugs. This pilot provides a great opportunity to intervene and educate drink drivers, so when they get their licence back they will have a much greater knowledge of the risks both drink and drugs pose to themselves and other road users.”