Petrol Minis to get particulate filters

Mini is adding petrol particulate filters across its range, as part of upgrade measures for new models manufactured from July onwards. 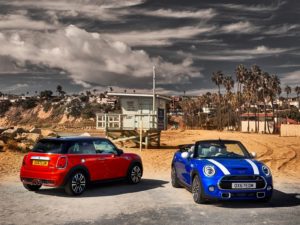 All petrol Minis will get a particulate filter from July.

The petrol particulate filters enable the carmaker to meet the latest Euro 6d Temp emissions standards, and bring them in line with the diesel versions, which have met the same criteria since March as a result of a NOx trap catalyst, and selective catalytic reduction (SCR) using AdBlue fluid.

As part of the upgrades, the Clubman and Countryman will get enhanced petrol engines and the new seven-speed dual-clutch transmission, as fitted to the hatchback and cabriolet since its mid-life refresh. The latter replaces the eight-speed automatic used since the cars launched and can receive data from the navigation system to pre-plan gear changes.

Mini claims reduced fuel consumption, though for all except the Cooper S Clubman this is masked by the move to WLTP-derived NEDC Correlated figures, in turn resulting in higher CO2 than their predecessors, which were tested under NEDC. Cooper S versions get a specific Sport-tuned version of the gearbox.

Updates also include automatic lighting as standard on the Clubman and Countryman, and a new optional Connectivity Pack for the Clubman.