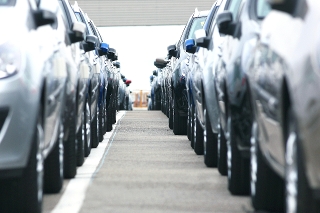 Rupert Pontin, head of valuations, said that vehicle condition had been of less importance in recent years because the number of vehicles for sale had been so low.

He said: “Stock availability during the last few years has been so poor that sellers have not found it necessary to invest extensively in preparation. Unless vehicle damage was so bad that it was having a definite impact on its value, then dealers were often willing to pay book price simply to get hold of stock.

“Dealers then had to carry out extensive preparation themselves in order to retail. This has been especially true where the stock available has been older and run to higher mileages, something relatively common in ex-fleet vehicles since the recession first bit.

“However, that picture is changing. Stock availability is growing quite quickly and will continue to do so over the next few years. That means more choice for buyers and only the best-presented vehicles will reach the desired values.

“We are predicting that there will be greater emphasis placed on vehicle preparation through the remainder of 2015 and into 2016 as sellers look to try and achieve the prices they want in a market that is no longer as receptive to their wares.”

Pontin added that there was particularly likely to be growth in ‘ready to retail’ cars that dealers could potentially put up for sale straightaway.

He said: “There has been a definite shortage of these vehicles in recent years but we believe that some sellers, such as major fleets and manufacturers, are likely to invest in getting their cars into the best possible retail condition.

“There are always dealers around who are willing to pay higher values for stock that requires very little preparation and, after a period of time when this demand was not really being met, there are now sufficient volumes of used vehicles around to make this possible once again.”

Previous: Ford launches most fuel-efficient Fiesta ever as part of small car upgrades
Next: Enterprise UK & Ireland MD moves on to European role