One in four drivers now more nervous behind the wheel

Almost a quarter (24%) of drivers say they’re less confident about driving following a year of lockdowns. 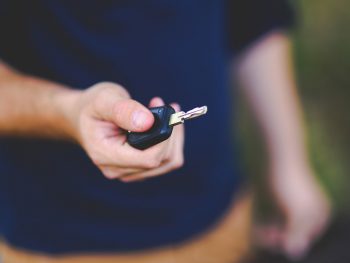 The research by SEAT found the equivalent of almost 10 million drivers feel more apprehensive about a return to the roads.

Drivers in London are most impacted, with 44% claiming they are now more nervous about driving. Driving in big cities was ranked the second biggest cause for motorists feeling apprehensive about driving again, with driving at night taking the top spot.

Almost half (44%) of the drivers who do feel more nervous said it was due to a lack of driving practice over the last year. Amongst all drivers surveyed, 40% estimated they had covered fewer than 2,500 miles since the first lockdown started, up significantly from 11% doing this level of mileage in the year before Covid-19.

The return of high levels of traffic is also causing nervousness. The SEAT research found that of those who are less confident on the roads now, 42% stated the return of high-volume traffic following a year of lockdowns was also to blame. Stats published last week by the Department for Transport revealed that road traffic in the UK returned to pre-pandemic levels during the last week of May 2021.

John French, head of product at SEAT UK, commented: “For much of the past 14 months, millions of motorists across the UK have been confined to their local area, driving on roads they’re acquainted with. Now, following the lifting of most social distancing restrictions, drivers are once again navigating unfamiliar places and faced with high volumes of traffic, tight parking spaces and certain road types they’ve perhaps become unaccustomed to.”

SEAT’s research is the latest to underscore how lack of confidence on the roads is hitting drivers post-lockdown. Analysis published yesterday by IAM RoadSmart revealed that 33% of respondents to its survey said they were stressed about actually getting used to busier roads again.

Other current top driving stresses revealed in the IAM research include being able to get to the end location on time (24%). Drivers were also concerned about returning to long car journeys (15%) and commuting and fatigue while driving (both 11%) – all issues where fleet managers can step in and provide guidance and help.