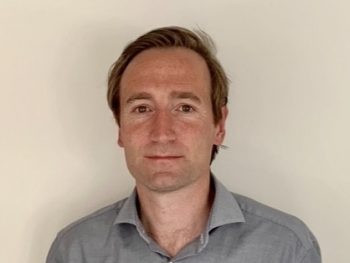 Buxton, who has been replaced at Audi by Claire English, became the fleet boss at the brand in 2019, having previously been its sales operations lead and national used car manager.

Prior to that he held senior roles at Porsche GB and Nissan, which he joined following a retail career with Sytner Group.

Carzam said his appointment, especially his fleet experience, would support its commitment to provide a superior consumer end-to-end experience.

CEO Kirk O’Callaghan commented: “James is another high calibre addition to the Carzam team and knows the used car market inside out. He also possesses in-depth knowledge of the fleet market having most recently been responsible for returning Audi to the number one position in the UK’s fleet market.

“We are hugely excited about him joining Carzam, where he will play a significant role in developing our business and he brings further strength to an already deeply experienced and knowledgeable senior leadership team with the customer at its core.”

Buxton added: “Having had the opportunity to review the business’s aspirations I knew this was an opportunity not to be missed. The move to online automotive retailing represents a huge opportunity and I firmly believe online only businesses can achieve a significant share of the fragmented used car market.”

Previous: Government campaign to raise awareness of E10 petrol rollout
Next: One in four drivers now more nervous behind the wheel