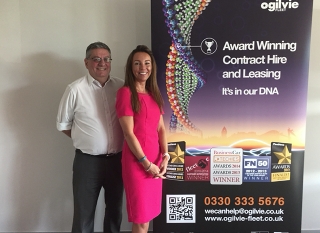 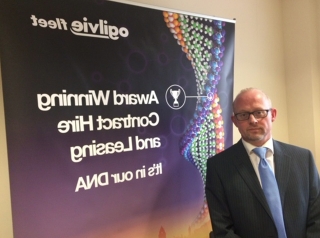 The team, which will be led by newly appointed director of sales – South, Jo Clark, who brings a near 30-year contract hire and leasing industry career, means Ogilvie Fleet now delivers truly UK-wide coverage as it builds towards a 20,000-strong fleet over the next few years.

It also marks the company’s fourth and final expansion development in recent months following the appointments of David Raponi as business development director, Richard Jessop as head of its new salary sacrifice solution and Paul Griffiths as head of sales in Northern Ireland.

Ogilvie Fleet managing director Gordon Stephen said: “For the last few years we have wanted to have a sales presence in the South of England covering London and the South East and South West. We have felt for some time that the multi award-winning high quality service that we provide to our customers would be well suited in the South where service rather than pricing can be more important. There are also a vast number of quality customers that we are determined to attract.”

He continued: “This development is the last piece in the jigsaw in terms of sales coverage and means that Ogilvie Fleet is now truly a national leasing company.”

Meanwhile, in a further development, Andy Stephen, Gordon Stephen's brother and the company’s longest-serving employee with a near 23-year career behind him, has been promoted from business support manager to business support director and joins the Ogilvie Fleet board.

The firm said his promotion is recognition of the critical role that IT has played, and will continue to play, in delivering innovative and efficient solutions to fleet customers and their company car and van drivers.

Gordon Stephen commented: “Ogilvie Fleet is, and will continue to be, at the forefront of delivering technology solutions to fleet managers and drivers and Andy has been responsible for developing our systems: online reporting and driver apps among the initiatives.

“With data warehousing the projects are getting bigger and, as a result, the role is becoming more senior. It was therefore felt that the job was deserving of a board position. Delivering the best customer service in the industry is key for Ogilvie Fleet and part of that is using technology to provide what fleet decision-makers and drivers are demanding.”