New HMRC figures indicating a fall in the number of official company cars should be treated with caution according to the fleet sector, which says that fleet management as a whole is growing. 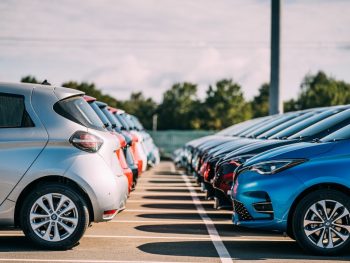 However, as with the company car data last year (which has now been updated), the decline in company car uptake since 2016 is likely due at least in part to an issue with voluntary payrolling.

The issue lies with employers moving from submitting P11D returns to collecting tax on company cars through payroll. From April 2016, the requirement to report certain Benefits-in-Kind, including company cars, was not possible on the RTI (real-time PAYE information) system, while in the 2017/18 tax year it was only voluntary. It’s only been since April 2018 that it’s been compulsory for employers who voluntarily payroll company cars to report the cars in their regular PAYE returns on RTI – and even then HMRC says there’s evidence that compliance with the new reporting system is not yet complete.

It added: “This issue of incompleteness means that it is difficult to draw conclusions from these statistics about the trend in the number of company cars in recent years.”

So unfortunately at this stage, the HMRC figures are not a fully accurate barometer for company car uptake.

Commenting on the figures, Paul Hollick, chair of the Association of Fleet Professionals (AFP), said there were two key observations.

“One is simply that the official company car figures have limited meaning in a wider context. Certainly, it is true that official company car numbers might have been falling in 2018/19 but fleet management as a whole is almost certainly growing with the rapid expansion that we are seeing in areas such as grey fleet and salary sacrifice schemes,” he set out.

Hollick added that the second observation is that the industry very much expects this trend to be reversed by low and zero Benefit-in-Kind taxation on EVs.

In February this year, DriveElectric published research indicating that eight out of 10 business employees who had previously opted out of a company car scheme were ‘likely’ or ‘very likely’ to move back to company cars if they were electric as a result of the 0% BiK on EVs introduced in April for the current tax year.

Since then, Hollick says there has been much anecdotal evidence of people returning to the company car fold.

“We are hearing stories of people returning from taking cash to re-enter company car schemes on a large scale – and this will only grow with increased awareness about the tax situation and improving availability of EVs,” he continued. “These 2018/19 figures would not reflect this and there would only be a limited impact in 2019/20 but, after that, we would expect to see real signs of a new trend. In a very sense, these figures are a matter of timing.”