Three-quarters of carmakers in the UK say a ‘no-deal’ Brexit would hit their business, impacting on profitability and future investment. 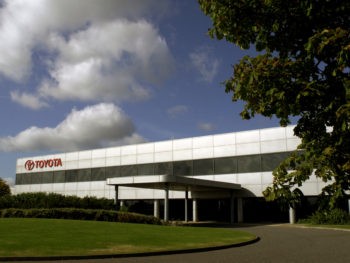 Highlighting the critical need for a Brexit withdrawal deal, the research carried out by the Society of Motor Manufacturers and Traders (SMMT) found almost a third of auto firms with UK operations said they had postponed or cancelled UK investment decisions because of Brexit, with one in five having already lost business as a direct consequence.

More than half of firms said contingency plans are now being executed, with over one in 10 (12.4%) relocating UK operations overseas and the same proportion already reducing employee headcount.

SMMT members also outlined the further and long-term damage that a ‘no-deal’ Brexit would do to their businesses. Almost seven in 10 (68.5%) said their profitability would be negatively affected, with 53.9% concerned about their ability to secure new overseas business and a similar number worried about maintaining investment in their UK operations. A further half said a ‘no-deal’ scenario would undermine their ability to maintain their existing workforce.

Fewer than one in 10 (9%) of respondents said they could see any positive impact from a no-deal Brexit.

Tony Walker, SMMT president and managing director, Toyota Motor Europe – London Office, said: “No deal is not an option. In the short term, crashing out of the EU would have immediate and devastating impacts, with border chaos disrupting the Just in Time basis on which our business depends. Disruption could last for weeks – even months. It is unimaginable that we could implement full WTO import and export procedures overnight. For the longer term, a ‘no-deal’ Brexit would harm our competitiveness, undermine sales and cost jobs… We need the certainty of a deal, not more uncertainty, and we need the smooth transition period based on current trading conditions… It is vital we have free and frictionless trade with common technical standards. Without these, we risk losing all we have achieved in building a world-class automotive sector.”