Plans for a Clean Air Zone in Newcastle city centre from 2021 are gathering pace but continue to come under fire for the burden to businesses in the North East. 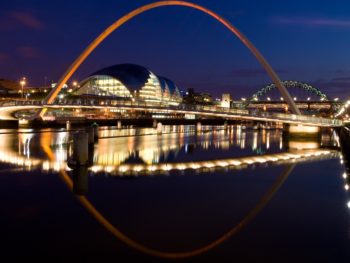 Developed in response to a government call to cut air pollution as soon as possible, the proposals have been reshaped in recent months to scrap plans to charge drivers to cross bridges over the river Tyne and will also not charge private car drivers now, although this could be on the cards in the future. Vans however will be charged, along with buses, coaches, HGVs and taxis.

The latest version of the proposals – which have been approved by the full council in Newcastle and will be going to the cabinet in North Tyneside and full council in Gateshead during the next two weeks – includes plans to close one lane of the Tyne Bridge while other measures include work to develop delivery hubs outside the city for HGVs and to redesign junctions near the Tyne Bridge to counter any congestion from the restrictions on the Tyne Bridge. Meanwhile the councils will also make major investment in public transport, walking and cycling routes so that more people can choose alternatives to driving.

The three councils say they have sought to ensure that any measures not only improve overall air quality – rather than narrowly focusing on only one pollutant in a specific location – but also avoid a detrimental impact on the economy, local business and those on lower incomes.

They’re also urging the Government to take action at a national level, through establishing a programme that provides financial support for those on low incomes and for small businesses to switch to cleaner vehicles, shared transport or active travel via schemes such as mobility credits, extending electric vehicle subsidies and offering a national scrappage scheme; measures that organisations such as the BVRLA have also called for.

Cllr Arlene Ainsley, cabinet member for transport and air quality at Newcastle City Council, said: “The Government has issued us with a legal order to take action to improve our air quality as quickly as possible and unfortunately there are no easy answers to this.

“However we believe we have now developed a package of measures that will achieve the reduction in pollution that we need to see, within the timescales we have been set while minimising any negative impact on businesses and individuals.

“We are very grateful to the many thousands of people who took the time to share their views on tackling this issue as this has been invaluable in helping us to develop these plans.”

However, the Freight Transport Association (FTA) has slammed the plans, in particular saying that the Tyne Bridge restrictions in each direction will not deliver the desired improvements in air quality and will simply increase road congestion.

Mags Simpson, head of Northern England Policy at FTA, saying: “In the opinion of our members, NCC needs to reconsider its proposal to close one lane of the Tyne Bridge in each direction; this approach will significantly increase road congestion and air pollution in the local vicinity, and have an impact on journey times and costs. Following months of productive meetings with NCC – where plans were amended to represent a smaller area of the city and provide more support for van operators in particular – FTA and its members are bewildered by this sudden change of plan.”

Simpson added: “FTA’s members were truly shocked by the recent adjustments, especially given the record number of responses to the council’s previous consultations: more than 20,000. And this recent announcement has left some of our members questioning the council’s motives; they are concerned that the focus has shifted to revenue generation as opposed to the original goal – cleaning the air of Newcastle.”

She finished: “It is unfair to expect businesses to bear the cost of cleaning Newcastle’s air alone.”