Car and van drivers are ready to make the switch to hybrid and electric vehicles but ongoing concerns over operation and lack of awareness of the benefits of such vehicles are hampering take-up. 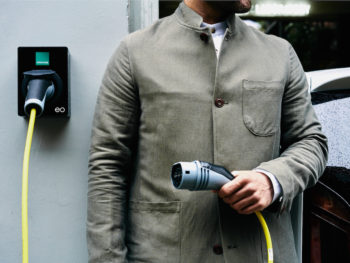 That’s the finding of new research commissioned by Admedia, with input from carmakers including VW, BMW, Kia, Mercedes-Benz, Mazda and PSA Group.

Based on over 2,500 face-to-face and online interviews with consumers and commercial buyers, the survey found that more than one in four (28%) car owners are considering an electric or hybrid model as their next vehicle. The research also shows that hybrid technology is also being used as a stepping stone, with 25% of current hybrid owners saying their next car will be pure electric.

Among van fleet operators, 71% expect to use an electric vehicle in their fleet this year while a further 24% plan to use range-extended vehicles. And 41% will choose plug-in hybrid vehicles.

Yet four consistent factors are holding back both current petrol/diesel buyers and hybrid drivers from making the switch – including cost, range, charging availability and charge time.

The research also found that although the whole-life cost of an electric car is hitting parity with petrols or diesels, drivers are unaware of this. A total of 69% of respondents said had poor or no understanding of the whole-life cost of EVs compared to petrol/diesels, rising to 76% for comparing hybrid WLCs to petrols/diesels.

Petrol/diesel owners would expect a range of 312 miles from an electric vehicle. Yet the average journey length before a motorway services visit is 105 miles or 57% of an electric vehicle’s average 185-mile range, according to the research.