New project to enable road charging based on vehicle emissions

Local authorities could soon charge vehicles based on their actual exhaust emissions, with £1m government funding allocated to developing the required technology. 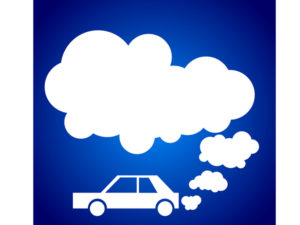 The project will estimate NOx emissions based on routes and driver behaviour.

The Air.Car project will develop a system which can estimate real-time NOx emissions based on specific routes and driver behaviour, aimed at incentivising drivers to avoid areas such as roads near schools, and introducing charging based on the routes they take.

Project partner Tantalum Corporation already has a real-time CO2 emissions capability and will work with Imperial College London, backed by a £1m grant by Innovate UK.

Announced as the Government is expected to publish its revised air quality plan any day, the project is one of the first winners of the second round of the Government’s connected autonomous vehicles competition, CAV2, with projects set to receive a share of up to £31m, match funded by industry. The Government will launch its CAV3 competition later in the year.

In addition, seven projects will share grants from the latest round of funding from the Advanced Propulsion Centre (APC). Winning projects, which will receive support up to £62m, are led by BMW, CNH Industrial, Ford, Jaguar Land Rover, Penso Consulting, Westfield Sportscars and Williams Advanced Engineering and include technologies to reduce the weight and improve electrification in SUV vehicle platforms.