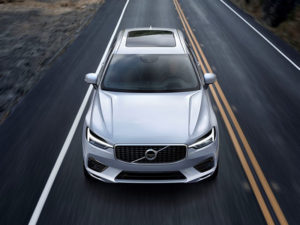 Revealed last month, the new model draws heavily on the larger XC90 in both design and technology. It replaces Volvo’s global best-selling model, which also accounted for more than a third of its 46,696 UK sales last year, only a few hundred units apart from the V40.

Engine line-up will initially come with all-wheel drive and an eight-speed automatic gearbox as standard and will offer three 2.0-litre, four-cylinder engines, covering the 190bhp D4 and 235bhp D5 diesels and the 254bhp T5 petrol. A T8 Twin Engine petrol-electric plug-in hybrid will join the range later in the year.

Emissions from launch start from 133g/km for the 187bhp D4 with official combined fuel consumption of up to 55.4mpg.

In addition, Steer Assist has been added to the City Safety suite of intervention technologies and provides steering assistance to help avoid low-speed collisions. The optional Pilot Assist semi-autonomous drive function is also available across the range.