Newly licensed drivers could be banned from night-time driving and driving with passengers under a certain age under new government plans to tackle road safety for young drivers. 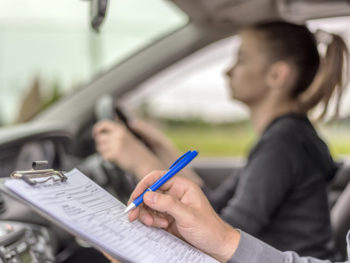 Due for publication Friday, the Government’s road safety action plan will include a commitment for the Department for Transport to research further whether graduated driver licensing (GDL) — or a similar scheme — should be introduced in England as it looks to take action on figures suggesting one in five drivers are involved in a crash within a year of passing their test.

The commitment comes a year after Theresa May stated that she would ask the Department for Transport to look into GDL, which has already been introduced in countries such as Australia, New Zealand and parts of the US and said to have resulted in safety benefits.

Today’s announcement follows various calls from motoring and safety organisations for GDL to be explored. Brake has previously asked for GDL to be introduced, including mandatory rural driving lessons while the RAC has also said it should be explored as part of a broader, more comprehensive approach to improve young driver safety.

However, while IAM RoadSmart has welcomed the new commitments to GDL, it’s added that it’s not convinced on a night-time driving ban for young drivers is the right approach.

Neil Greig, IAM RoadSmart director of policy and research, said: “We strongly support many of the key components of a successful GDL scheme, in particular the 12-month minimum learning period which will ensure a much wider range of driving experience, but we still need to be convinced that night-time curfews will work and support a pilot scheme first.

“Gaining the right experience behind the wheel is the key to a lifetime of safe driving; restricting the opportunity to learn how to drive safely at night seems counterintuitive. Restrictions on the distraction caused by peer passengers makes more sense but some flexibility will be required.”

Greig also called for a lower drink-drive limit in the first years of driving as he highlighted that alcohol and drugs are among the main risk factors for young drivers alongside rural roads, darkness and distraction.

“Choosing effective restrictions to limit the known risk factors should be the key objective of Government in creating a new licensing system that is practical, affordable and works to reduce young driver road deaths and injuries,” he added.

Previous: Electric focus to see fleet account for nearly half of MG sales
Next: Spotlight: Audi A4