A new app has launched that records and analyses drivers’ everyday travel to see if they can switch to smart or Mercedes-Benz electric or hybrid vehicles. 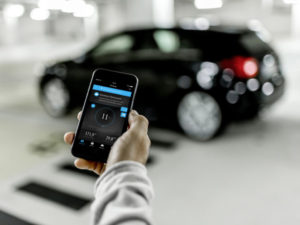 Announced ahead of the brand’s electric unveilings at Frankfurt, the new app – which will also debut at the show – will be available for iOS and Android for the German market first before being rolled out in other countries.

Drawing on the EQ branding also being used Mercedes for an entire family of electric vehicles, the EQ Ready app assesses drivers’ journey profiles and recommends which alternatively powered model from smart or Mercedes-Benz best matches their needs.

The Frankfurt Motor Show will also see Mercedes reveal its EQ A electric supermini concept while smart will unveil its vision EQ fortwo concept, which shows the carmaker’s ideas for how electric and autonomous technology could unite in the future to bring an urban car sharing solution.

Previous: Mercedes hints at electric A-Class
Next: Future of fleet under focus at FIAG autumn workshop