Nearly one in four drivers in Britain still illegally make or receive calls while driving, despite the doubling of penalties for the offence in March 2017. 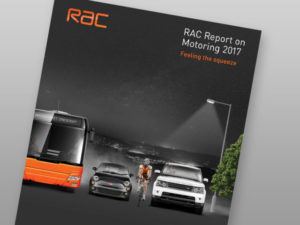 Research carried out with 1,727 motorists for the RAC’s Report on Motoring 2017 shows the move has not stopped a persistent 9.2m drivers breaking the law on a regular basis.

This includes a total of 15% – or 5.3m drivers – who said the tougher penalties had not changed their behaviour at all or made little difference. A further 11% – 3.9m drivers – said they had curbed their illegal behaviour ‘a little’ but not broken their habit for good.

RAC road safety spokesman Pete Williams said: “It is clear we have a hard core of persistent offenders who believe they can get away with it by continuing to flout the law every day and we fear this may get worse with fewer dedicated roads policing officers.”

The research also found that 11% – 4.4m of all UK drivers – said they weren’t aware of the law change, with the RAC saying the finding meant the figures for illegal phone use could in fact be higher.

And four in 10 (39% or 15.6m drivers) also say they have checked texts, emails and social media while stationary in traffic.

Williams continued: “More has to be done to educate drivers that any use of a handheld phone at the wheel is both illegal and presents both a mental and a physical distraction that could ultimately cause a crash and the loss of life.”