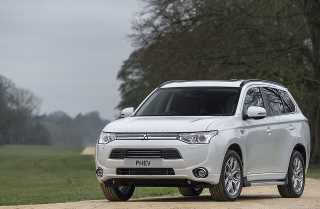 Published yesterday (23 April), the report says the vast majority of news car on the market are unable to meet their official fuel consumption claims.

It also claims that the car that performed worst compared to its official mpg figure was the Mitsubishi Outlander PHEV, which according to the consumer group overstated its mpg by 120%, costing £459 a year in unexpected fuel costs.

In response, Mitsubish Motors UK has published a statement saying it rejects the claims.

It added: “To measure a car’s official fuel consumption, manufacturers are required to use the New European Drive Cycle (NEDC) and to display the results from this test on all technical and marketing materials. Car makers agree that the current test is out dated. It was created in the 1970’s and takes no account of current plug-in hybrid technologies, but manufacturers are required by law to put every new model through it and to publish the results. Most manufacturers, including Mitsubishi Motors, make clear that the figures are for comparison purposes and are not intended to reflect what customers might actually achieve, as this will depend on many factors including driving style.

“The official NEDC figure for the Outlander PHEV is 148mpg. However, with average UK daily commuting distances the vehicle can achieve considerably more than this. Longer journeys may reduce this figure but the Outlander PHEV will still return impressive economy. Even the 67.3 MPG suggested by WHICH? is good for a large 4×4 SUV like Outlander.”

Lance Bradley, managing director, added: “The current test regime for emissions and fuel consumption is outdated and does the industry no favours but the suggestion that we in some way are misleading car buyers is well wide of the mark and irresponsible.”

Mitsubishi Motors UK added that it has always made real life MPG very clear in its advertising and printed material and said that at the Outlander PHEV’s launch several top motoring magazines all reported on the ‘refreshing honesty’ with which the company had presented its real life MPG expectations.