Upgrading the M4 isn’t the solution to congestion problems in South East Wales; the region requires an integrated public and private transport system to tempt people out of their cars, an expert has advised. 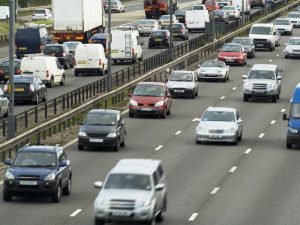 Speaking the Policy Forum for Wales in Cardiff, Professor Stuart Cole of the University of South Wales said the congestion issues affecting the Welsh economic powerhouse posed a major environmental and cost issue for businesses operating in the area.

But, he added, joined-up thinking is required to solve these issues. In addition to solving bottlenecks along the M4, road improvements should integrate better with public transport – such as park and ride areas and the proposed Cardiff Metro rail system – to offer a viable alternative and reduce traffic, in turn freeing up major routes.

“We have to make public transport convenient,” he said. “The car driving to the railway station might not have the same environmental benefit as one coming off the road but when it gets to Nantgarw [north of Cardiff] it will have an impact on the A470 at Junction 32 when those people are no longer on the road.

“In my view, [improving] the M4 is not the answer to the problem that we have. If we can get 20-30% [of commuters] away from their cars that would take a long way to solving the congestion for the rest of the economy, which has to use road and rail.”