Lords to question ministers on implementation of driverless vehicles

The House of Lords is to continue its inquiry into driverless vehicles by questioning ministers and academics. 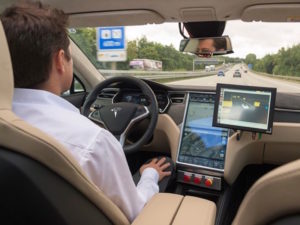 The committee will hear from transport minister John Hayes and Nick Hurd, minister for climate change and industry

The Science and Technology Committee will hear evidence from the Department for Transport, the Department for Business, Energy and Industrial Strategy as well as leading academics, as it explores how driverless vehicles fit into wider transport strategy and policy and what the Government is doing to ensure knowledge gained in their development benefits all sectors.

The Committee will also examine with the academics the socio-economic aspects of the deployment of self-driving cars such as how much is really understood about human interaction with the technology.

The Committee will hear from transport minister John Hayes and Nick Hurd, minister for climate change and industry as well as Professor Sarah Sharples, Professor of Human Factors, Faculty of Engineering, Nottingham University, Professor Natasha Merat, Professor in Human Factors of Transport Systems, Institute for Transport Studies (ITS), University of Leeds and Andy Graham, consultant at ITS United Kingdom

Topics expected to come under focus include:

Previous: Motorway closures for maintenance up 16% in last two years
Next: UK fleets asked for opinions on EVs for European Commission research