Motorway closures for maintenance up 16% in last two years

Drivers are increasingly having to divert off motorways or suffer long tailbacks as a result of rising numbers of motorway closures. 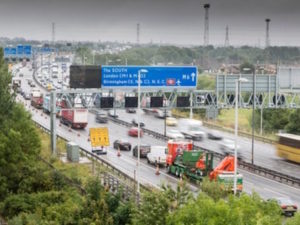 According to new research from Confused.com, drivers in England, Wales and Scotland face an average of 382 planned motorway closures a month – up 14% from a total of 329 in 2014.

As a result, over two-thirds (67%) have had to find an alternative route due to a diversion. On average, motorists are being diverted 14 miles out of their way as a result of motorway lane closures, adding an average of 38 minutes to the length of their journeys. Over a quarter (27%) have been forced to drive for an extra 45 minutes or longer.

And 18% say they have been stuck on the motorway for over two hours as a result of motorway maintenance projects, with 5% of these having been stranded in their cars for more than four hours.

More than two out of five (41%) drivers experience lane closures at least every month. This figure includes 15% of drivers who are faced with motorway lane closures either every day or every week.

Even so, a quarter (25%) of drivers admit they never check for disruption ahead of travelling on the motorway. Of those who do keep up to date with motorway closures, listening to the radio is the most popular method among over half of motorists (52%). Websites, such as Highways England and BBC Motorway Traffic news are also popular, with 38% using them to keep track of motorway closures.

However, attempts to avoid the disruption does not work out for all drivers. A total of 11% of drivers have missed a meeting or appointment as a result of closed lanes. Meanwhile, 2% have had their car break down as a result of sitting in traffic on the motorway.