London Mayor sets out plans to halve road casualties by 2020 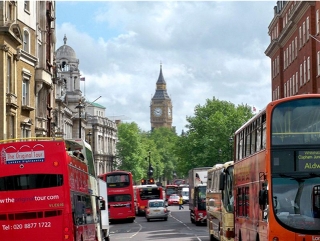 The commitment comes as TfL published the full London road casualty figures for 2014, which show the number of people killed or seriously injured (KSI) has now been reduced to its lowest level since records began.

Meeting the new target would mean a reduction of more than 14,000 deaths or serious injuries over the life of London's road safety plan to 2020.

Latest TfL stats for 2014 show that the number of people killed or seriously injured was down seven%, meaning that London has now met the Mayor’s previous target of a 40% reduction in casualties six years early.

In addition, pedestrians and car occupants killed or seriously injured fell by seven% and six% respectively to their lowest ever levels;

The number of cyclists killed or seriously injured was down 12%, despite huge increases in the number of people cycling.

And the number of children killed or seriously injured fell to the lowest level recorded, down 11%.  This means that child road deaths have been reduced from 18 in 2000 to three in 2014.

Boris Johnson said: "These figures show quite clearly that road safety in the Capital continues to head in the right direction. However, with a growing population and more people on our roads, we’ll have to pull out all the stops to ensure that such positive trends continue. Today, we’re setting a new target to halve the number of people killed or seriously injured on London’s roads by 2020. This will help to guide all of the hard work that TfL and its partners are carrying out to make our roads as safe as possible. It is an ambitious target, but I believe it is one that we can achieve.”

Changes under the plan include major safety improvements to roads, junctions and cycling infrastructure, action on dangerous lorries, tough enforcement and a programme of education and training to help people use the roads safely.

This summer will also see the launch of a new campaign to reiterate the warning for both drivers and cyclists of the risks of blind spots around large vehicles.

And TfL and London boroughs will be introducing the Safer Lorry Scheme from 1 September 2015, which will require all lorries entering the Capital to be fitted with basic safety equipment including sideguards and mirrors.

Previous: JLR works on tech to guide drivers round potholes
Next: Corporate fleets could save billions through greener measures, find new report