The BVRLA is urging its leasing members to consider how new emissions testing rules will affect them amid concerns over the higher CO2 emissions that are likely to be generated. 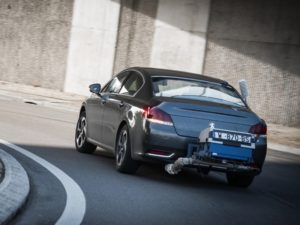 The Worldwide Harmonised Light Vehicles Test Procedure (WLTP) will replace the New European Driving Cycle (NEDC), which has been in use since 1992.

The new procedure is being introduced due to concerns over the tolerances and flexibilities of the NEDC cycle and that it no longer accurately reflects engine technologies, giving rise to a disparity between laboratory testing and real-world driving conditions. The WLTP cycle is also expected to help harmonise global emissions testing.

The cycle is likely to identify higher CO2 emissions for vehicles. Although HMRC has said there will be no changes to bandings for company car tax or Vehicle Excise Duty when the new test procedure is introduced, it is expected to impact on leasing companies as it is likely make the process of quoting prices to customers for vehicles more complicated, because of the requirement to calculate the effect of accessories on emissions.

In response, the BVRLA is asking its members to consider how the change will affect them. It has also produced a fact sheet with further information about the new WLTP test for its members.