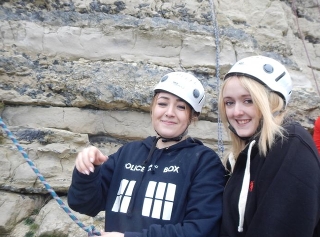 Since 2012, the firm has taken on a number of apprentices, training them up in sales, customer services and technical skills. The firm says the scheme has benefited it greatly with a number of the apprentices having now gone on to work for Fleet Evolution full-time, as well as helping talented individuals from the local community get their foot in the door of a stable career pathway.

Andrew Leech, director of Fleet Evolution, said: “We’re great believers in apprenticeships – they allow us to take on the staff necessary for growth, whilst also ensuring that local talent could be recruited, trained up and developed as the business expands. In the three years since it’s been running, our apprenticeship scheme has been a great success, with new team members joining various different departments and boosting our capabilities in a variety of ways.”

He added: “A number of our apprentices have now progressed to more senior roles in the country – they understand the business inside-out having come through the ranks, and it’s great for us here at Fleet Evolution to be able to give back to the local community with stable jobs for talented individuals.”

The first ever Fleet Evolution apprentice was Charlotte Brookes, who started at the firm back in 2012 and now heads up the sales of the ‘salary sacrifice lite’ product, which opens up salary sacrifice schemes to smaller employers around the country.

After Charlotte, Amy Martin stepped into the apprentice role. After completing her apprenticeship, Amy promoted to account manager at Fleet Evolution and has now joined the firm’s engagement team responsible for employee uptake of the scheme.

And more recently Robert Bithell joined Fleet Evolution on a twelve-month apprenticeship and is now getting ready to move into an operations role, mainly SMR based. Meanwhile two new recruits have now joined the scheme.

Andrew Leech added: “Apprenticeships allow young people to gain employment that progresses their careers much faster than traditional routes. From an employer’s perspective, they allow us to get the resources we need to satisfy customer and market demand. We can recruit based on tomorrow’s needs, today – then by the time tomorrow comes, we have trained the perfect employee, allowing us to grow, expand, and meet customer needs.”