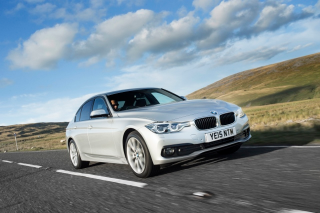 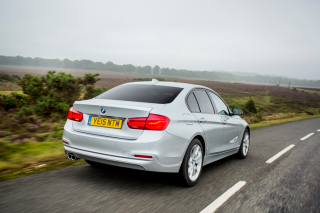 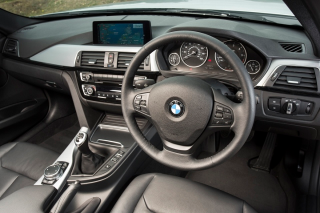 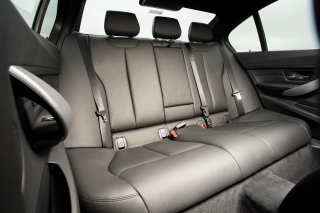 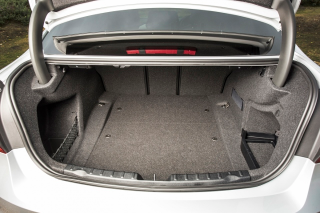 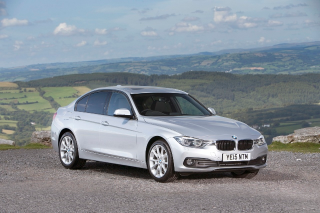 With a new Audi A4 and a new Jaguar XE this year, being a three year old BMW 3 Series isn’t ideal. Fortunate then, that BMW has timed the mid-life refresh of its fleet stalwart to coincide with the assault from competitor brands.

Not that you would especially notice from the outside, for the changes can be summed up with the phrase ‘some very slightly different lights’. That said, a 3 Series in M-Sport trim on large wheels is still a very handsome beast – ubiquity tends to mean this the 3 is often not noticed these days, but it is a car whose looks are ageing well.

It is a slightly different story on the inside where the cabin has had some upgrading, with even more high quality materials. The central control panel is now finished in high-gloss black, chrome accents feature on the new controls for the electric seat adjustment, the electric window controls and the air vents, and the wider 6.5-inch colour screen is now standard. Add in as standard on all models air con, Bluetooth, DAB, auto wipers, rear Park Distance Control, cruise control and the Drive Performance Control system which lets you switch between various driving modes and the 3 Series is a very well specced car, even in cooking form.

The biggest change though, is in the drivetrains, where BMW has got itself back to the front the pack in terms of emissions. For years, BMW’s Efficient Dynamics has seen it comfortably the industry leader in the field, but in the last couple the ebb and flow of product development and lifecycles has seen it overtaken.

Now, all the three, four and six-cylinder petrol engines, and the four-cylinder diesel units in the BMW 316d, BMW 318d and BMW 320d (all now £310 more expensive), are sourced from the newly developed, modular BMW EfficientDynamics engine family and are equipped with the latest BMW TwinPower Turbo technology which results in improved efficiency, while power is increased too.

Other engineering changes include firmer suspension, a revised eight speed gearbox that is smoother changing and has predictive shifting based on sat nav information, as well as a fuel saving coasting mode. When the driver lifts off the throttle at higher speeds, the engine is automatically decoupled from the powertrain and the gearbox goes into neutral.

The result of all this is surprising. Rather like those ‘marginal gain’ philosophies you might have heard sports teams talking about, the changes to the 3 Series are small in many areas but add up to a greater whole. The diesel engines are noticeably more refined, the car handles and rides with plush precision, and the cabin feels more luxurious. It seems BMW is intent on taking the fight to the new competition. 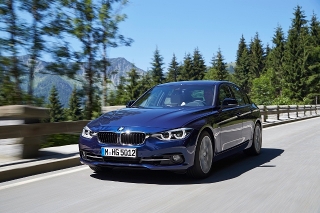 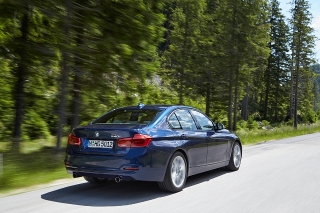 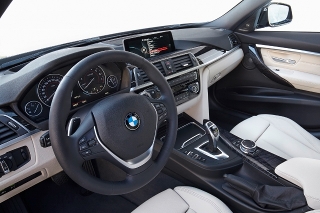 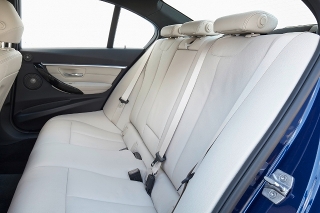 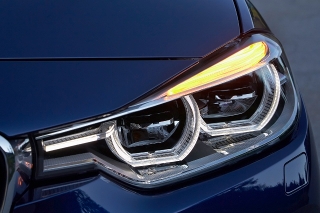 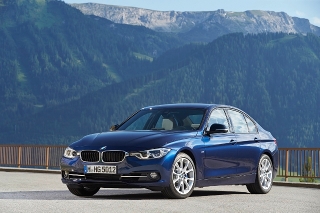 BMW might seem focused on niche models, but the 3 Series is a reminder that its core products are the most important. Claimed to be the figurehead of its driver-focused brand identity, the sedan and Touring account for a quarter of BMW’s global sales, with 14 million sold in its 40-year lifespan.

But the segment pioneer now has many rivals, not only from other German brands, but a resurgent Lexus, Jaguar and soon Alfa Romeo too. This might be a subtle nip-tuck, but the technology beneath – including three-cylinder engines, a plug-in hybrid and sub-100g/km CO2 emissions – has put BMW back with the latest newcomers.

The biggest changes are under the bonnet. Petrol engines are now based on a modular 500cc-per-cylinder design, ranging from a 136bhp 1.5-litre three-cylinder unit shared with the MINI and 1 and 2 Series, to the effortlessly fast 340i straight six. There’s no three-cylinder diesel yet, but other models suggest it’s only a matter of time.

The ActiveHybrid 3, a petrol hybrid which was never that well-tuned to European tastes, is absent from the new range, and the 330e plug-in hybrid will be its indirect replacement early next year. This produces 252hp with petrol and electric power combined, has a battery range of 35km available at motorway speeds and emits 49g/km CO2. BMW reckons it should have plenty of corporate appeal.

But it’s the staple 320d versions which are likely to continue to be the corporate. This badge covers two models – the upgraded 188bhp version consumes as little as 70.6mpg and emits 106g/km, while the lower, more streamlined 320d ED Plus takes the 3 Series saloon under 100g/km for the first time. The latter does take a drop in power to 161bhp, though, and 74.3mpg is only achieved with the eight-speed automatic gearbox.

UK volume is 80% fleet weighted, and 45% in favour of the M Sport trim. It’s a split recongised by a new 320d ED Sport trim, which gets the bodykit and larger wheels of the Sport but with the drivetrain and efficiency-boosting upgrades of the ED Plus. It’s engineered for strong RVs, so there’s only a tiny cost add-on for user-choosers, but CO2 emissions start at 103g/km due to the larger wheels.

All versions now get a faster navigation system with a high-speed data connection to download map updates, for free, for three years. And, while Mercedes-Benz has the segment lead on cabin aesthetics, BMW sets a high benchmark as a driver’s car. Stiffer pickup points, revised dampers based on the M235i and a re-tuned steering setup lightly polish what was already a fine driver’s car, balanced, agile and communicative enough not to need any variable-rate optional upgrades.

As with the styling, it’s hardly a black-versus-white transformation, but it doesn’t need to be. There’s been a clear evolution of BMW’s sports-sedan lineage through six generations of the car and, in a market full of niches, the 3 Series is a deservedly popular slice of thoroughly enjoyable familiarity.

Minor mid-life revisions and double-digit CO2 emissions show BMW hasn’t got to change much for the 3 Series to hold its own in this segment.