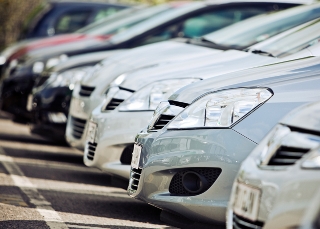 SMMT figures show that a total of 492,774 cars were registered in March, up 6.0% on same month last year and marking the best month since the twice-yearly number plate changes were introduced in 1999.

Commenting on the figures, Neil Marshall, automotive analyst at Deloitte, said: “It was always going to be a tough challenge to exceed the new car sales figures achieved in March 2014, which was the second highest since the 1999 introduction of the twice-yearly plate change.  It is quite an achievement to have not only maintained the growth story which is now in its 37th consecutive month, but also to have pushed sales to their highest level in 16 years.

“As interest rates remain at historic low levels and inflation is sitting below the Bank of England’s target, private and business consumers alike will be encouraged by the competitive finance offerings available when considering new car purchases. This is reflected in both markets showing growth this month. Indeed, the relative strength in the new car market may reflect consumers taking advantage of the low rates on offer now, before any uncertainty arises from the forthcoming General Election.

“Whilst the Q4 2014 Deloitte CFO Survey rated the May election and any possible resulting policy change as the biggest risk to business, the recent announcements of significant investment by automotive manufacturers in their UK operations is a further indication of the UK’s automotive success story. This is supported by a new car market firmly established as the second largest in Europe.