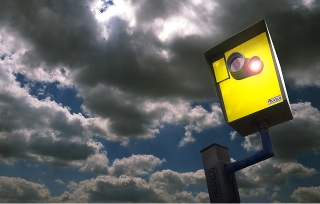 The offences have been reported by the Institute of Advanced Motorists (IAM), which says this is one of the worst cases of speeding caught on a safety camera in Great Britain in the past year.

The findings come as a result of a Freedom of Information (FOI) request made by the IAM. The charity made the request to the four Welsh police forces, asking for details of their top five instances of excessive speeding captured on safety cameras on their roads in 2014.

Wales’ worst speeder was recorded by North Wales Police at 136mph on the A5 Ty Nant to Dinmael road in Conwy, which has a speed limit of 60mph – thus breaking the limit by 76mph.

The A5 also saw two further instances of 120mph-plus recorded; 122mph on the Ty Nant–Cerrigydrudion stretch in Conwy; and 121mph at Halton, Wrexham.

The final case of 120mph being exceeded in Wales was captured by South Wales Police: 125mph on the M4 between Junction 35 Pencoed and Junction 34 Miskin, where a 70mph limit is in force.

Last month the IAM discovered that nine people have been caught by safety cameras in Scotland exceeding 120mph last year, the worst of which was recorded at 129mph.

And as announced in February there were five recorded instances of 140mph being reached in England in 2014.

The IAM continues to press for an increase in visible policing as an active deterrent.

It has also advocated advanced driving and riding tuition, and continuous development in skills to help achieve a drop in the numbers of people killed and seriously injured on UK roads.

Sarah Sillars, IAM chief executive officer, said: “Those guilty of this level of excessive speeding are clearly not be deterred by a short ban or fine. Their minds need to be concentrated to appreciate that they are putting other road users at significant danger by acting in this way. It is crucial that drivers and riders receive continuous development.”