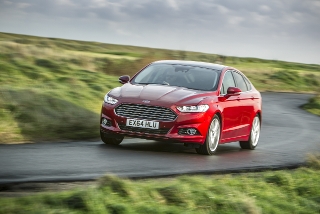 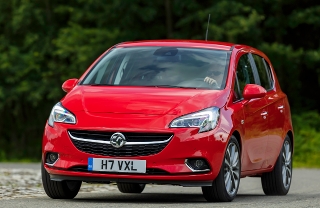 This year’s Show, which is being sponsored by Barclaycard Fuel + in association with TMC, has attracted a record number of vehicle manufacturers, including several who have never participated in the event before.

They are making available some of the very latest new models to hit the UK fleet market, and fleet decision-makers will have the chance to evaluate them on three separate circuits of the world-famous Silverstone Grand Prix track, plus off-road driving on the 4×4 course.

Fleet market leader Ford, which has just recorded its best ever March in terms of car and commercial vehicles sales, will be previewing the all-new Mondeo, including the petrol hybrid version, along with the country’s top-selling Fiesta, the Kuga SUV and the Focus ST TDCi performance model.

Ford notched up 16,497 commercial vehicles sales in March, its all-time best-ever month in the LCV market, and fleet buyers will have the chance to find out for themselves whether the company deserves its crown as the new Transit Custom Sport Van is available for test driving.

Rival Vauxhall, meanwhile, will be giving fleet visitors the chance to evaluate the newly-launched Corsa supermini, complete with its tax-beating 1.0 ECOTEC turbo petrol engine, plus the 98g/km flagship Insignia, the Mokka SUV and the Cascada coupe.

Another manufacturer reporting record March sales is Kia Motors, with fleet sales helping to boost the total past the 15,000 level and marking the brand’s best ever one-month sales figure.

The Korean-based manufacturer will be making its all-new Sorento, which has just launched in the UK, available at the Fleet Show, and it will be joined by the Soul electric vehicle and the Sportage crossover. At the same time, fleet buyers will have the chance to experience some hot laps alongside a professional driver in the cee’d GT.

Hyundai will be giving a Fleet Show bow to the new i20 and the facelifted i30, while Mazda will be premiering the new Mazda2, along with current year upgrades for the Mazda6 and the CX-5.

At the luxury end of the spectrum, Jaguar Land Rover, one of the outstanding success stories of the decade, will be previewing a selection of its latest products as it looks to increase its fleet footprint. The Jaguar XE 2.0 diesel, in both 163 and 180PS formats, and the new Land Rover Discovery Sport 2.2d HSE Lux and HSE versions will be available for test driving.

Meanwhile, new cars making their debuts at Silverstone, but in static displays only, include the latest generation of the iconic Peugeot 208 supermini, while Swedish manufacturer, Volvo, will be giving fleet buyers their first glimpse of the XC90 luxury SUV.

Jerry Ramsdale, Fleet Show director and publisher of Fleet World, said: “These are just a sample of the new models that are making their debuts and are available for first drives at Silverstone on May 12th.

“We are delighted with the number of new models that have been announced for the Show so far, but we fully expect more to be revealed as vehicle manufacturers firm up their plans for this year’s event.”

This year’s record-breaking Fleet Show promises to provide something for everyone with a wide variety of activities of real fleet interest.

These include the highly successful interactive fleet training sessions first introduced last year, run by practising fleet managers and ideal for anyone wanting to find out something new in fleet management.

This area will also provide Show visitors with the chance to hold face-to-face meetings and network with exhibitors and other visitors alike.

Jerry Ramsdale added:“Our intention is to provide an educational event that compliments the exhibition, networking and driving side of the Show. We believe this balance of activities provides something for everyone and justifies spending a whole day out of the office.”